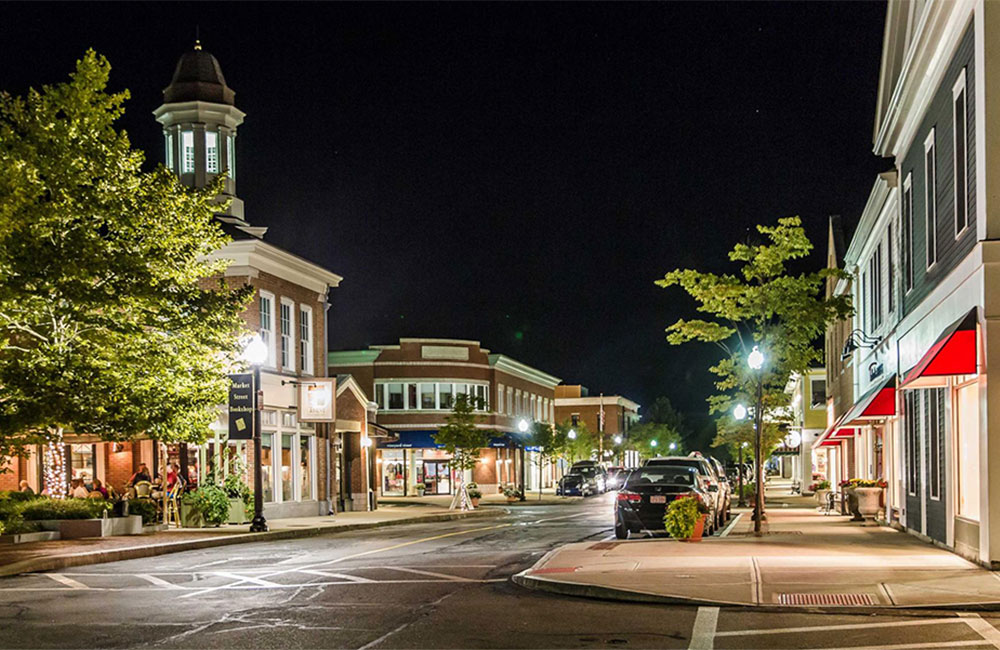 Welcome to Your New Neighborhood of Mashpee, Massachusetts

The Upper Cape town of Mashpee, in Barnstable County, is distinguished by the continued influence of the federally recognized Mashpee Wampanoag Tribe. The tribe has both its national headquarters and its annual powwow in Mashpee. The heritage and history of Mashpee are closely aligned with the heritage, culture, and history of the Wampanoag Tribe.

Mashpee has a population of just over 14,000 and includes the villages of Popponesset and New Seabury. A large number of Wampanoag people continue to live in Mashpee.

Mashpee is known not only for its distinctive mix of Native and European cultures but also, like much of the rest of Cape Cod, as a destination for tourists. The summer of traffic of visitors and part-time residents drives the local economy, and many businesses here are seasonal.

Mashpee’s five miles of beaches are a significant draw, as are the broad waterfronts on Popponesset Bay and Waquoit Bay. Many of Cape Cod’s largest freshwater ponds, ideal for fishing and boating, are in Mashpee.

A great deal of land within Mashpee–about forty percent–is undeveloped and is earmarked to stay that way.

The only high school chapter in the United States to have membership in the Society of Motion Picture and Television Engineers is from Mashpee High School, and is well-known and recognized in the film industry.

The accepted story of the first Thanksgiving involves the tribe now known as the Mashpee Wampanoag, who welcomed and aided pilgrims in 1620. European colonists began settling Mashpee as early as 1658, while the native tribes have occupied the land for thousands of years. The Mashpee Wampanoags were among the first North American tribes to receive a land grant from the governing colonists when Richard Bourne appealed to the Massachusetts legislature on their behalf, recalling their kindness in 1620.

The Old Indian Meeting House is the oldest Native American church on the East Coast and the oldest church of any kind on Cape Cod. It was built in 1684 by the Mashpee Wampanoag Tribe to be used as a place of Christian worship as European faiths and customs began to influence American tribes. A burial ground dating from the 1800s also sits on the seven acres occupied by the church.

Conversion to Christianity expedited land deals between native tribes and European colonists and many of the lands reserved for the Christian Wampanoags in the 1600s remain in the tribe’s dominion today.

Dining, Events, and Attractions in Mashpee

Depending on a great deal of tourism and seasonal residents, Mashpee is among the most popular destinations on Cape Cod for dining, shopping, recreation, and entertainment. An array of storefronts, shops, restaurants, museums, boutiques, galleries, and entertainment venues, fitting every taste and budget, fill Mashpee’s many plazas and squares. The Mashpee Commons development projects have been a boon to a thriving downtown. The Commons recently added a bowling alley and a popular organic market.

While Mashpee’s indoor entertainment opportunities are among the best on the Cape, where the town really shines is outdoors: it is blessed with the same compelling beauty as the rest of the Cape. Miles of beaches, both freshwater, and saltwater, are the jewel of Mashpee’s long, breathtaking waterfronts, and draw both residents and visitors in droves.

The Mashpee village of New Seabury is home to the extremely popular Cape Cod Children’s Museum. The museum opened a quarter of a century ago in a repurposed church, draws more than 50,000 visitors per year.

The Wampanoag Tribe has been holding its national Powwow in Mashpee for nearly a hundred years, during the first week of July. The three-day event features traditional dance and drumming, contests, as well as Wampanoag cuisine and goods.

Golf is a popular activity in Mashpee, and there are more than twenty golf courses within the town limits or a fifteen-minute drive away.

Among the most popular dining destinations is the French bistro Bleu; Mediterranean Trevi Cafe and Wine Bar; and Cooke’s Seafood.

While each Cape Cod community, from Provincetown to Falmouth, offers something dynamic, as well as much of what is best-loved about the Cape, Mashpee may be closest to what visitors and potential residents think of when they think of Cape Cod: a bounty of beautiful beaches, unique shopping experiences, and fine dining. Add to that the uniquely diverse culture of Mashpee and the town distinguishes itself very well. 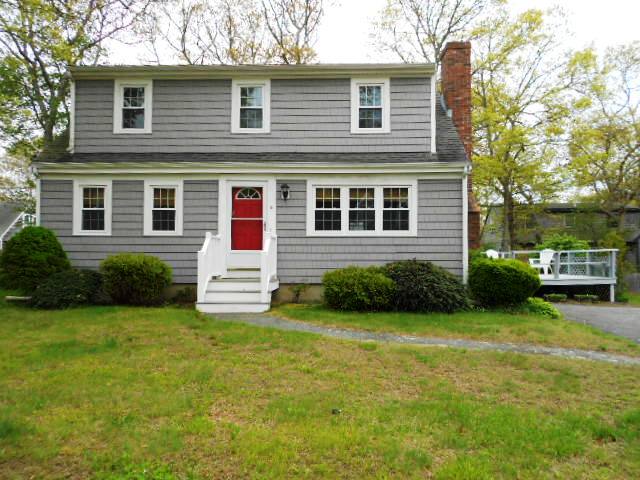 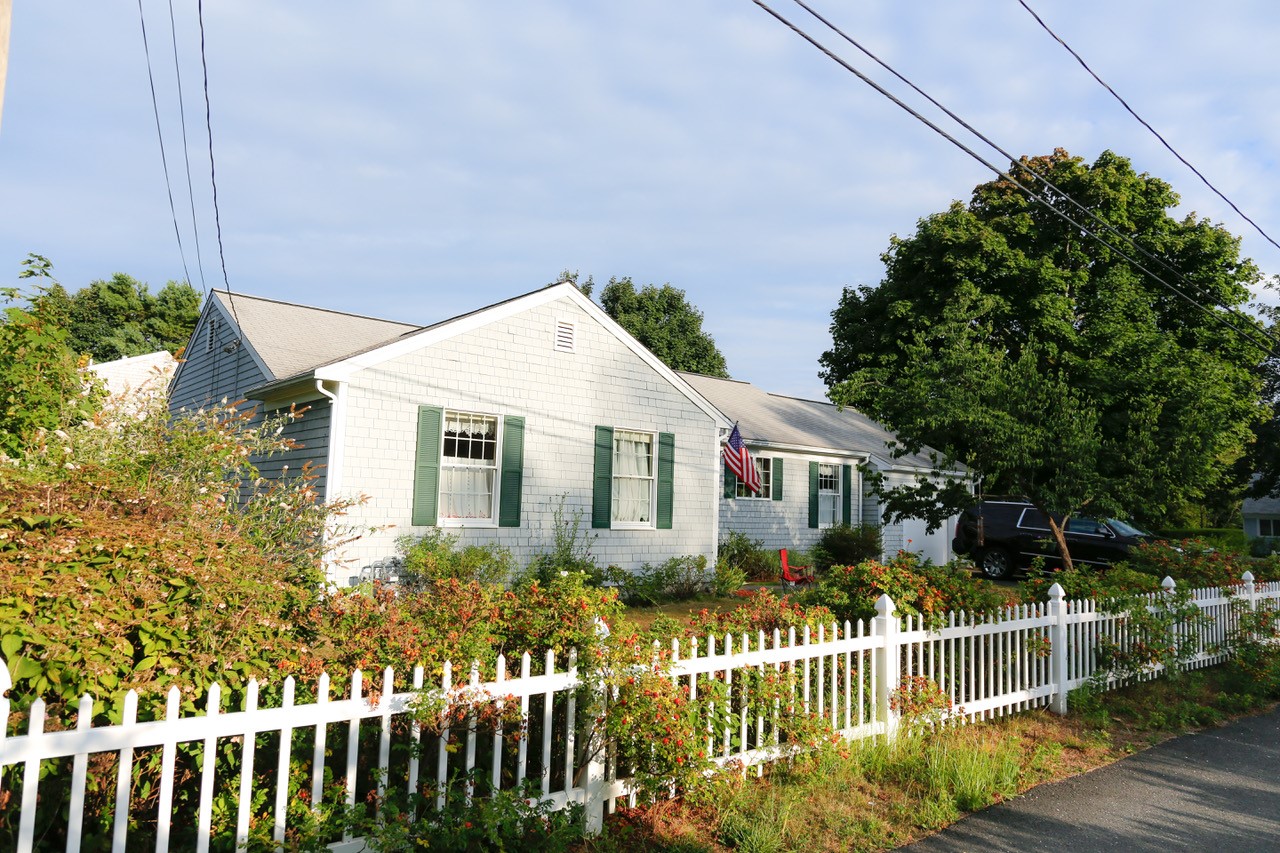 Bowen Real Estate of Cape Cod
5.0
Based on 18 reviews

Rebecca Wittkamper
18:10 10 Sep 20
My boyfriend, can’t have enough nice things to say about the service he received from John Bowen. Professional, and committed to excellence from start to finish. Will use again.

Tina Cormier
17:09 14 Jul 20
We have worked with John for about 5 years now. Initially, he helped us find the BEST long-term renters for our house in East Falmouth. Then, just last month, he helped us sell the same house. Throughout both experiences, John proved to be an amazing real estate professional. He works tirelessly (I mean that - day and night). His communication is A+, but don’t take that to mean he’s going to sugar-coat anything for you. He tells it like it is, which is SO important when making big decisions - like what to do with your most valuable investment! He is very straightforward and honest, which I really appreciate - I don’t want someone who is afraid to tell me something difficult or sensitive. I don’t want to have to read between the lines when making important decisions. He knows the Cape Cod real estate market like none other, and he very astutely observes when his clients are unsure about something and quickly provides valuable guidance based on his years of experience. He also knows EVERYONE. If you need any work done on your home to get it ready for renting/selling, guaranteed, he knows someone to do it. His knowledge of what’s happening in the market at any given time is priceless - he has his finger on the pulse of both the rental and sales markets. He will guide you through all of the important decisions as they arise. I would 100% without reservation recommend John to anyone looking to sell or rent their home on Cape Cod. We are truly grateful to him for making all of these tough and complex processes so effortless and successful for us.

Tabitha Pottle
20:28 26 Jun 20
John was very knowledgeable and helpful during the process of finding a new rental. He was honest and upfront of expectations. If you are looking for a new home or rental property he's the guy to consider on the Cape.

Iain Crawford
20:03 31 Mar 20
A local realtor with extensive knowledge of the Cape we made a great choice working with John Bowen to find our dream home. Hands on and dedicated to achieve the requirements that we stipulated John worked tirelessly through the whole moving experience to get us over the finish line. I would highly recommend John Bowen for a one on one , personal and professional experience whilst searching for your new property.

Kristen Rehs
18:12 27 Feb 20
I had the pleasure of processing a loan for the purchase of one of John's listings. He was involved from start to finish and was always pleasant and professional.

Shanna Marie
03:47 11 Feb 20
Great experience! John was honest which is often rare with anyone in sales. He also goes above and beyond to ensure satisfaction. Works with you if you have specific needs. Highly recommended!

Susan Dow
13:05 08 Oct 19
John has been very helpful with both our rental and now sale of our property. He is attentive, thorough and very knowledgeable of the Falmouth area.

D Jonsey
22:27 14 Jul 19
As a military family moving from Hawaii to Massachusetts, we were thankful to have John Bowen as our our boots on the ground to help us find the perfect home to purchase! John’s knowledge of the cape area was evident in his performance!

Monica Caparas
22:52 25 May 19
John was very helpful in finding a rental. He worked through our unique situation with us. I highly recommend him.

Ellen Gordon
11:23 14 Mar 19
John is the realtor you need to sell your property. He is professional, effective and his attention to detail is impeccable. John brought me two offers within hours of each other, one being over asking price. Thanks John for your expertise!
See All Reviews